SUCKING THE SEA LIFE FROM THE OCEANS 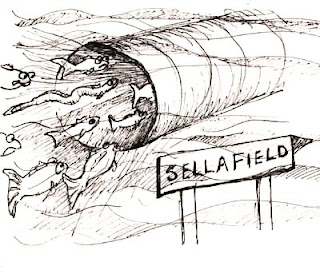 SUCKING THE SEA LIFE FROM THE OCEANS

New "as many as possible" reactors proposed for Sellafield would use sea water to cool the reactors. Fresh water is used to cool the wastes.

"Half the commercial catch for some regions" in the UK is destroyed by sea water abstraction. 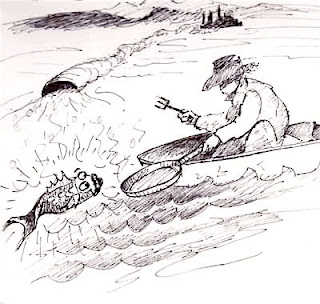 Nuclear reactors use sea water for cooling, billions of gallons of seawater are heated and pumped back out to the oceans. Raised temperatures - not to mention the chemicals used to keep the pipes "clean" don't do marine species any favours...

a report commissioned by British Energy (2008) estimated that new generation reactors would need 72000 litres per second of cooling water. This is more than the average flow of the River Thames at Teddington Lock.

Another terrible explosion in Japan this morning. The most technologically advanced nation on earth cannot pump enough seawater into the stricken and boiling reactors.

Posted by marianne birkby at 12:10