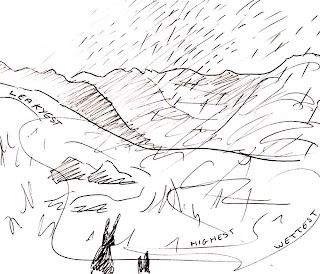 BNFL (now NDA aka the British Government) produced a video in 1999 which made a far stronger case against 'geological disposal' in Cumbria than any anti nuke film maker could hope to!

The video advises that areas of "high rainfall, permeable rocks and mountains to drive the water flow" would guarantee high level radioactive wastes migrating to the surface. This would make the land too fiercely radioactive to sustain life.

http://www.getnoticedonline.co.uk/news/general-news/opposition-mounts-to-new-nuclear-plants-and-waste-dumps.html
Posted by marianne birkby at 03:27