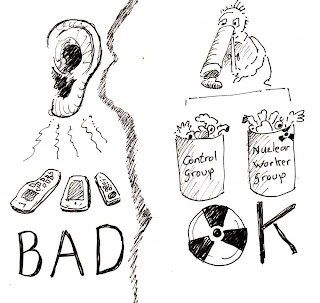 Recent correspondence has revealed that no one will be prosecuted over the body hacking scandal carried out by the nuclear industry for over 40 years in collusion with government, hospitals, coroners and doctors. Heads are rolling over the phone hacking scandal - quite rightly - but there is a toxic blind eye turned to the morally and financially bankrupt nuclear 'industry' (is it really an 'industry' when paid for by the taxpayer).

I have seen correspondence from Cumbria Constabulary which says that despite the findings of the Redfern Inquiry that the relationship between the nuclear industry and fellow bodysnatching conspirators was "too close" no one will be prosecuted as it is not "in the public interest" Money has changed hands to smooth the way for 40 years of body snatching.

Extract from letter sent by "Special Operations" - Cumbria Constabulary
"the issues you raise which I have listed below;
1. That specific people and institutions have breached the Human Tissue Act and that this should be investigated.
2. That an investigation into whether there was any unlawful corruption of the coronial processes had taken place
3. The stipends made to mortuary attendants are also of particular concern.

This was a Government led review which involved both the Department for Energy and Climate Change and the Ministry of Justice. As such any requirement on the police to investigate identified breaches as outlined above would be made by the Government. No such request has been made".

Surprise Surprise! No such request is likely to be made. Successive governments have been in collusion with an industry whose corruption takes your breath away - this government is continuing the toxic tradition.

Thousands of experiments - but Government insist "population mixing" is the cause of cancers...
http://www.decc.gov.uk/en/content/cms/news/inq_statement/inq_statement.aspx