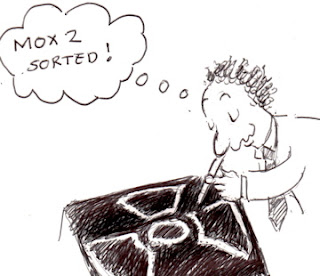 The way in which the Nuclear Decommissioning Authority (who are they kidding?) coldly announced the closure of the Sellafield MOX - without any talks with the workforce was in the tradition of the best drug pushers. The surprise announcement was designed to ensure pleading for new nuclear developments. Sure enough Jamie Reed MP and other nuclear shills are calling for MOX 2 (!) along with new reactors and geological disposal.

The NDA have said the closure of MOX is to end the financial burden to the taxpayer. The sincerity of this statement could only be believed if the NDA then went on to say:

No more spent fuel will be delivered to Sellafield

All jobs expertise and taxpayers money will now be put into looking after existing wastes which will not be dispersed into the environment by deep burial, dumped in landfill, recycled into pots and pans or as with MOX and Thorp turned from solid spent fuel into more dangerous and larger volumes of liquid high level wastes (reprocessing)

Then perhaps I would believe the NDA when they say they are concerned about taxpayer billions.

A Pox on Mox
http://northern-indymedia.org/articles/2152


Sellafield's Mox plant is brought down by aftershocks of Japanese earthquakce
http://www.newsandstar.co.uk/news/sellafield-s-mox-plant-is-brought-down-by-aftershocks-of-japanese-earthquake-1.864839?referrerPath=1.203635
Posted by marianne birkby at 10:12